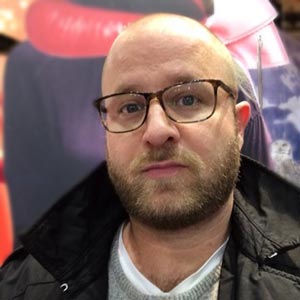 Florian was brought up by a pack of dachshunds in the woods. They loved him passionatley, fed him, taught him tracking and how loyality amongst friends pays of. When his mentoring foster-dachshund considered him ready, the pack led him heavy-heartedly back to civilization. Soon, his story was all over the news. Everywhere he went, he had to tell about his upbringing. His biographical novel “Amongst Dachshunds” was a global success. But as life goes, his fame soon faded and he was left an everyday guy. He processed his grief through writing. And that’s when he realized he wanted to become a storyteller. He graduated from the acclaimed Filmakademie Baden-Württemberg and started working as a director for comedy, commercials, documentaries and short films which made him happy again. But despite his fast moving life he has never forgotten his dog-man roots. Sometimes you can find him nudely roaming the woods howling with his pack.

We use cookies to ensure that we give you the best experience on our website. If you continue to use this site we will assume that you are happy with it.OkPrivacy policy